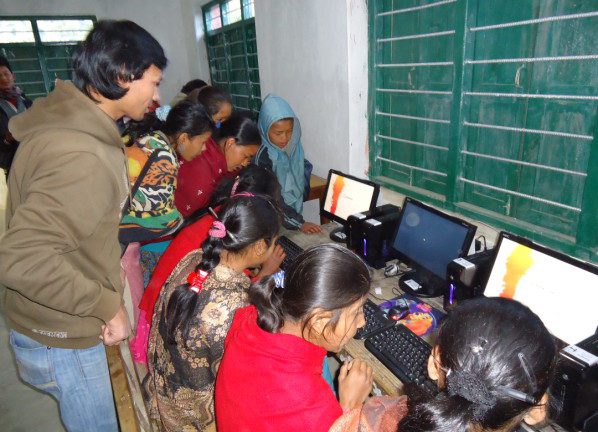 PROJECT:
Establishment of e-Library at the Lekhani Higher Secondary School

Date of completion of the project:
5 March 2011

PROJECT DESCRIPTION:
Lekhani Higher Secondary School was established in 1950 as a primary school and was later upgraded to lower secondary, secondary and higher secondary levels in 1973, 1987 and 2000 respectively. The school runs classes from 1 to 12 and consists of 13 teachers and staff. Total number of students at the school is 396 including 154 boys and 242 girls.

HeNN volunteers from Kathmandu University Open Source Community (KUOSC) deployed an e-Library at the school. Since load-shedding remains a major problem, back-up power supply system was also installed. An estimated 500 people including students, teachers and members of local community will benefit from the e-Library.