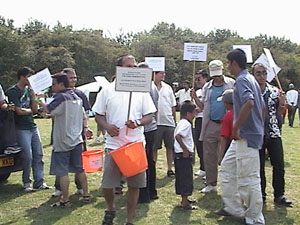 PROJECT DESCRIPTION:
In July, 2002, due to severe monsoon in Nepal, a major landslide in Khotang district resulted in almost 100 deaths. The landslide also swept away some 250 houses.

The support was provided in two phases: in the first phase, HeNN-Nepal purchased medicine, food, clothing and bedding supplies worth £600 for families affected by the flood and in the second phase, the remaining £600 was donated to rebuild the roof and parts of the wall of a school that was severely damaged by landslide.