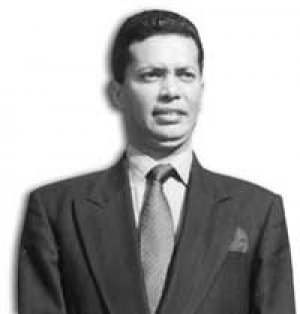 Rana, whose business ventures include Sipradi Trading Private Ltd and its several associates like the Bhotekoshi Power Company and Surya Nepal, donated the money particularly to Help Nepal’s Administrative Fund. Unlike various international charities, Help Nepal Network has a unique policy of not using a single penny from the charitable donations on administrative purposes.

Hence, it has established a separate Administrative Fund, which helps run the charity’s office and accomplish other administrative tasks. Rana is the latest and the biggest donor to the Fund to which twenty-five other Nepalis have already donated 7.5 million rupees in the past. Details of the donations can be found on the charity’s website at www.helpnepal.net.

Help Nepal Network was established in 1999 with a primary objective to encourage Nepalis and those who love Nepal around the world to contribute to charitable causes in Nepal. Rather than seeking funds from international donors, the charity encourages every Nepali to forego a can of beer or a plate of Momo a month and donate the savings to Help Nepal Network.

The Network is a registered charity in the UK, the USA, Australia, Sweden and Nepal. It has eight other groups working in Qatar, Saudi Arabia, Ireland, Canada, New Zealand, Russia, Italy and Austria.

Help Nepal has helped build over 15 small-size school buildings, established 15 electronic libraries, run several health camps and supported various other projects. Help Nepal’s major undertakings include the construction and operation of a health post at a remote Murma village in Mugu district, the under-construction health post in Sarlahi district and the under-construction orphanage in Dhulikhel, near Kathmandu, at the cost of eight million rupees. The orphanage is almost ready for operation.

“It is very rare in Nepal to donate such a huge amount of money to a charity which has no connection to the donor or that of the donor’s family,” said Arun Singh Basnet, the President of Help Nepal Network’s Nepal chapter. “Though Rana had insisted on anonymity, we tried very hard to convince him to let us make the donation public so that it could inspire a lot other people into philanthropy,” Basnet added.