Nepalis in Korea Raise Rs 1m in 2 Hrs for HeNN 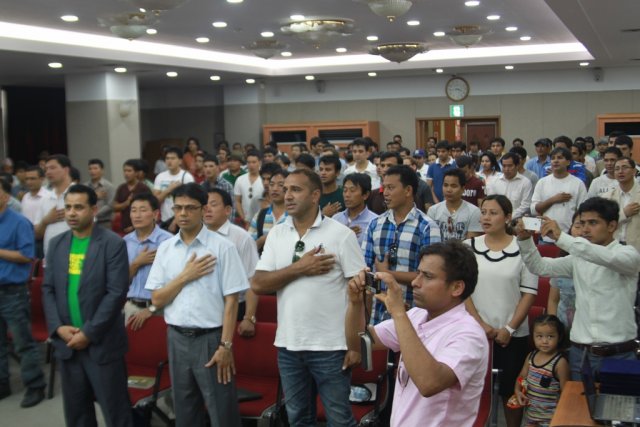 Nepalis in Korea Raise Rs 1m in 2 Hrs for HeNN

The fund-raising event held on August 5 in South Korean capital Seoul turned out to be a very successful one.

There were over 200 people who had come by taking time out of their busy schedule just to hear about the HeNN’s philanthropic activities and donate what they can.

Even though the event did not include cultural functions, people took part in a wonderful spirit in the interactions.

Upon learning the noble aim of the HeNN in establishing the Rs 100 million Charitable Endowment Fund, people came forward generously. Within hours, they pledged their support to the tune of Rs 10 lakhs.

What is more fascinating is that these Nepalis were among those who are earning their livelihood by engaging in hard work in foreign soil.

The spirit of generosity and philanthropy among Nepalis in South Korea, however, is nothing new. They have been regular supporters of the HeNN campaign.

They had raised nearly US$ 900 to help the under-privileged Chepang community and over US$ 600 for the people affected by cold wave in Terai last winter.

The same group had organized a fund-raising plus interaction program on Philanthropy and Social Work in Seoul where Mr. Rabindra Mishra spoke about the activities of HeNN and its charitable fund campaign.

The participants watched a specially prepared documentary on HeNN following which they queued up to pledge their support.

The organizers of the event in South Korea have also shown keen interest to open a HeNN chapter there.

Meanwhile, in the last six weeks, the HeNN has been able to raise Rs 25 lakhs for the Endowment Fund.

The HeNN wants to mobilize Nepalis to help Nepalis and instil the sense of philanthropy in all of us. 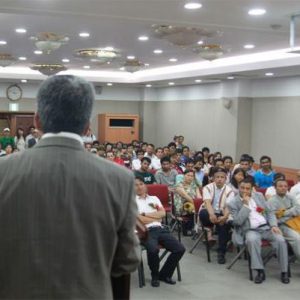