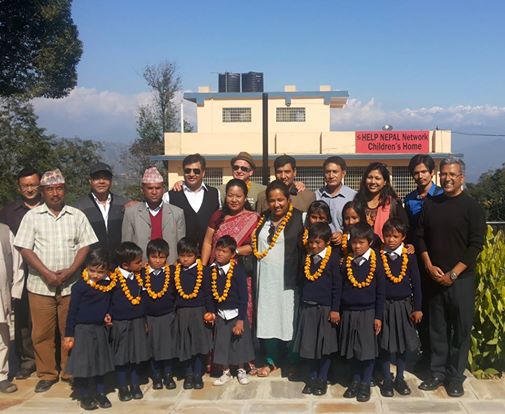 November 05, 2014 – The shelter for orphan children built by HELP NEPAL Network (HeNN) with the cooperation from various generous donors has been formally inaugurated in Dhulikhel.

Almost a decade’s efforts have finally borne fruit. Ten children are currently being taken care of by the shelter.

In fact, HeNN was inspired to undertake the project by Oz Bayldon, the Founder of Nepal Balbalika Trust (NBT), a UK-registered charity, who had a great wish to help the children in the country. 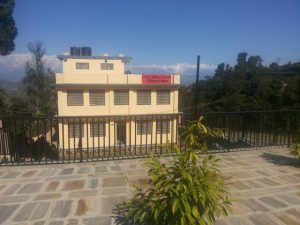 It was in 2004 when he approached the HeNN with the idea of supporting needy children of Nepal.

Although HeNN is primarily focused on raising funds from Nepalis to help Nepalis, his sincere wish to help the underprivileged children of Nepal made HeNN accept his offer.

Subsequently, HeNN managed to secure — thanks to the local community — a huge piece of very expensive land for free of cost in Dhulikhel, a scenic hilly town in the east of Kathmandu.

Oz Bayldon, a musician by profession, organised the World’s Longest Gig in London and then in late 2005 World’s Highest Gig just above the base camp of the Mount Everest to raise funds for the project.

However, as the funds were not sufficient to complete the project, the work on the shelter slowed down.

Meanwhile, Dr Franz Schmid from Switzerland, who came in HeNN’s contact by chance, was so impressed by the work of HeNN that he decided to help complete the shelter.

The assistance of HeNN volunteers in Kathmandu and the support of local community have been equally invaluable in the construction of the shelter.

Following the government inspection and green signal by the officials, the first batch of 10 girls has started to live in the HELP NEPAL Network Children’s Home.

HeNN aims to increase this number to around 30.

The children attend the nearby Panchkanya Secondary school, whose upgrading is also being supported by the HeNN.

Currently, 10 girls live in the shelter and study in nearby school 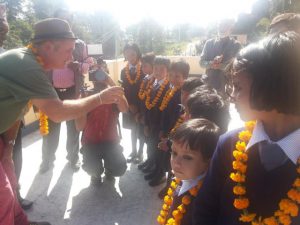