Comprehensive Package for Migrants and their Families, Sarlahi 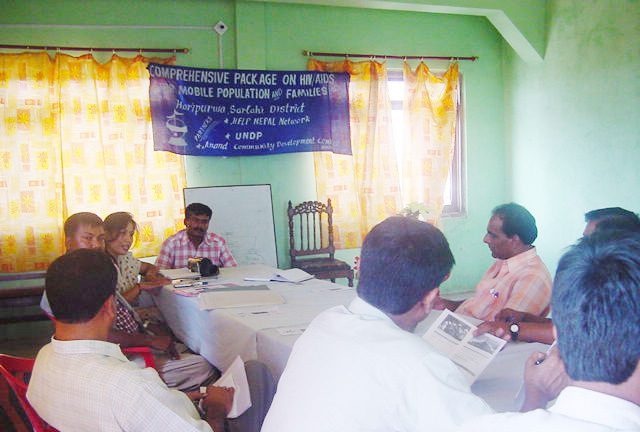 Comprehensive Package for Migrants and their Families, Sarlahi

PROJECT:
Comprehensive Package for Migrants and their Families

PROJECT DESCRIPTION:
Sarlahi district belongs to the eastern part of Nepal comprising of 99 VDCs. The total population of Sarlahi is 635701 consisting of 205991 male and leaving male to female ratio1:2. The literacy rate in the population is 36.175% and only 25.13% female are literate. Sarlahi is also the 6th most densely populated district of Nepal with population density 505 per square Km.

Sarlahi has a district hospital at Malangwa, the district headquarters. Additionally Sarlahi has 3 Primary health Care centers. Despite government’s approach to give equitable primary health care to majority of the residents, the government’s health service allocation is poor. Above of that most of the government posts are vacant and the health services are accessible to very few residents of this district. The economic and cultural ties with India, Most of the residents seek health care from quacks and drug vendors in India. The informal data from District Public Health Office reported cumulative 69 HIV positive cases in Sarlahi, which cannot be possibly verified.

Migration for economic interests is global phenomenon. Nepal, due to poverty, tradition and currently conflict has history of migration of economic interests to various parts of India, Gulf, and West and to Urban Centers of Nepal.

Economic migration, both external and internal, is not a new phenomenon to Nepal. Over the past several years, migration has increased as a result of pervasive socio-political conflict, collapsed infrastructure in rural areas and lack of economic opportunities. 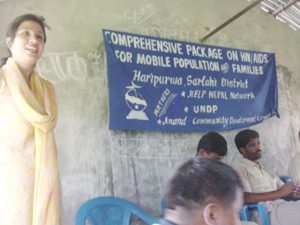 HIVAIDS has reached alarming proportions in Southern Asia. More than 7 millions South Asians are currently infected with HIV. Several factors contribute to the propagation of HIV in times of conflict. While accurate numbers are hard to come by. The recent conflict may have contributed to the propagation of HIVAIDS by fuelling displacement. As the insurgency drags on seasonal and long term migration to neighboring countries, such as India, is becoming critical to the economic survival of many households.

The main stakeholders of the project were the local community, DHO, DACC though in active in the district, local NGOs and above all migrant people and their families The sole objective behind the implementation of” Comprehensive Package for Migrants and Their Families Programme” was to create awareness about STI / HIV and AIDS in the Migrants and Their Families. To fulfill the target and the objectives of this program, in the financial support of the UNDP/DFID under management of UN MSA, HeNN had established ICC/STI/VCT/PHC center at the Help Nepal Clinic Haripurwa Sarlahi with its 6 core Service staffs 2 of them partially contributed by UNDP and few volunteers along with HeNN sole contribution, followed by 7 full and 1 partial UNDP contributed core field staffs along with a volunteer Para-medical staff acting as its arms. Well experienced, as well as socially recognized 40 peer educators had been mobilized in 20-targeted VDCs. This strategy had proved to be very successful in generating awareness related to HIV and AIDS in the Targeted groups. The purposed sensitization and orientation programme focused to the social leader of the community had turned a success and conveyed the real motive of the programme in target group as well as in the community. 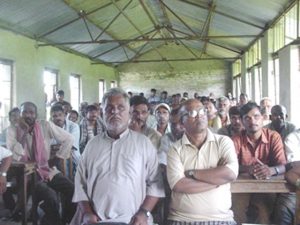 The local NGO “Ananda Community Development Committee”(ACDC) had played a role as the local partner of this programme. The extended group of civil leaders, businessmen, civil servants, development workers, journalists, and professionals, farmers, housewives, migrants and their families etc. of the local locality had fully supported our HIV AIDS preventing campaign.

Achievements of the Project
In this project period, we were able to understand the feeling of the local people, their troubles and helped them in finding out the proper solutions. The regular coordination was developed with the local NGOs, the DHO and NCASC along with UNDP. The key achievements have been summarized as below.

3. UNDP and NCASC had provided the required medicines and other medical items required for the treatment of STI cases and others.

4. UNDP had provided more than 1000 toilet kit bags and about more than 40 peer tool kit for the local community and peer educators to distribute free of cost.

5. NCASC, FHI, Save the children, NRCS and UNDP itself had provided various BCC/IEC materials.

6. The service centre has been providing regular services to the clients since the day of its establishment.

7. Migrant people and their spouse who really need VCT were visiting the Service center.

8. New cases that had not been tested HIV elsewhere were being found.

9. New clients referred by the old clients had started visiting the Service center.

10. Members from the Community Awareness Group (One group per VDC) for HIVAIDS awareness also started referring clients to the Service center. The group was also working as Beneficiary Monitoring Committee (BMC).

11. The newly established Service centre was recognized by different stakeholders, organizations, as well as different communities reside by the targeted Migrant people.

12. Through the Peer/Outreach Educators network, community leaders and the service centre was able to create awareness about HIVAIDS among the target groups.

13. Spouse of migrant people was made aware about HIVAIDS. They had shown high interest in HIV test and were encouraged, towards bringing their spouses to the service centre after their arrival from India and other places for HIV tests though we had not tested any cases at VCT lab with spouse.

14. Most of the activities were successful, according to the action plan mentioned in the contract.

15. The one and only PHC with lab facility within the 16 adjoining VDC is providing fast and quality health service. With 1 AHW supported by UNDP, 1 volunteer Lady AHW for female clients due to cultural and social constraints, and 1 Lab Assistant currently we are serving at the PHC along with a counselor who is also a psychosocial counselor helping to cope with the psychosocial adjustment problems at the service center and PHC.

16. By recently collected data through the Peer Educators, it was found, that clients who have taken VCT as well as STI services through the service center, were satisfied by the service provided to them. They also found good improvement in their health.

In targeted 20 VDCs, 1,136 people were tested for HIV in which 11 patients were found with HIV positive. 44,448 people were councelled and 1,693 people went through STI Treatment. 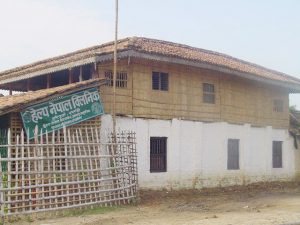 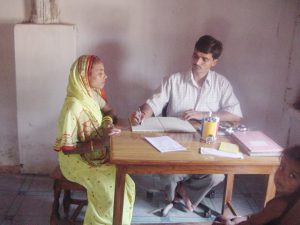