Commitment to A Cause, Spotlight weekly

Home / News / Commitment to A Cause, Spotlight weekly 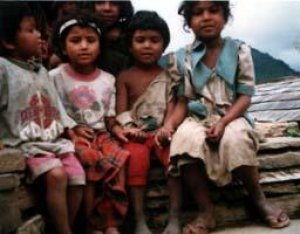 Commitment to A Cause, Spotlight weekly

A group of Nepalis working abroad show they can do something substantial to help people back home.

In many parts of the world, Nepalese communities spend most of their time criticizing events and trends going on back home. In many cases, foreign citizens of Nepalese origin are cynical when Nepal is brought up as a subject of discussion.

The criticisms and frustrations on the part of people of Nepalese origin are understandable, as most are in the midst of an identity crisis in foreign lands. But there are some Nepalis who are working hard to make a difference to their country and people from their stations abroad.

Rabindra Mishra, a journalist working at the British Broadcasting Corporation (BBC) Nepali Service, is one such person. He understands that the livelihoods of Nepalis can be changed just by small donations made by people like himself.

Mishra established Help Nepal Network (HeNN) in the United Kingdom with an aim to help vulnerable and disadvantaged sections of Nepalís population. With the motto of “helping those who are incapable of helping others”, the network has proved itself to be a committed participant in Nepalese development efforts.

Be it Dashain or other Nepali festivals, Mishra and other UK-based Nepalis and British citizens interested in Nepal get together not only celebrate the occasion but also contribute to the nationís cause. “Our first goal is to encourage every working Nepali throughout the world to contribute to Nepal,” says Mishra. “We have relied so much on foreign aid. Now it is time for Nepalis to do as much as they can for their country.”

On a cold London evening last October, this reporter, on his way to another program, attended a fund-raising Dashain dinner. Those attending the event made contributions to the Help Nepal fund. Thanks to Mishra and his team, they collected more than 150 sterling pound (Rs. 15,000). Help Nepal seeks from all working members of the Nepalese community and those having an interest in Nepal a donation of at least 1 pound per month.

One of the interesting things about the organization is that each contribution grants ordinary membership and all members are kept informed about how and where their donations are making a difference.

The philosophy of Help Nepal is to encourage a sense of giving to the country. It is concentrating its efforts in the fields of health and education. According to the organization, funds may also be directed towards emergency disaster relief efforts in the future.

Established in September 1999, the fund-raising efforts have generated 13,000 pounds and over 200 pounds per month in standing order contributions. In a busy and bustling city, the group of Nepalis led by Mishra has been striving to make its own contribution to improve the lives of their brethren in remote parts of the country.

Collecting funds in foreign countries alone is not adequate for development. It requires firm commitment in the country where the fund is utilized. Back home, another Nepali, Arun Singh Basnet, has been making all-out efforts to successfully use the funds collected in the UK.

Thanks to the dedication and commitment of Basnet, Help Nepal has been successful in injecting hope in the minds of Nepalis living in places like Dolpa and Makwanpur. With support from Help Nepal, a library building has been constructed at Saraswati High School in Dunai of Dolpa district, 600 km northwest of Kathmandu.

Help Nepal contributed 700 sterling pound and construction began with voluntary local labor. With support from the organization, the school has added another floor, which will house a science laboratory.

On the health front, the organization has set up a health camp in Chitwan district to serve the Chepangs. Along with supporting the construction of primary school building in Pyuthan, the group has shipped medical equipment to the hospital and provided Hepatitis B vaccination for local students.

In a very short span of time, Help Nepal is gradually gaining popularity among the Nepalese living in places as diverse as the United States, Belgium, New Zealand and Finland. Mishra has shown that helping Nepal is a vital way of maintaining oneís Nepalese identity abroad.